Description:  52 stories in the form of satires, spoofs and scathing commentaries

Description:  52 stories in the form of satires, spoofs and scathing commentaries 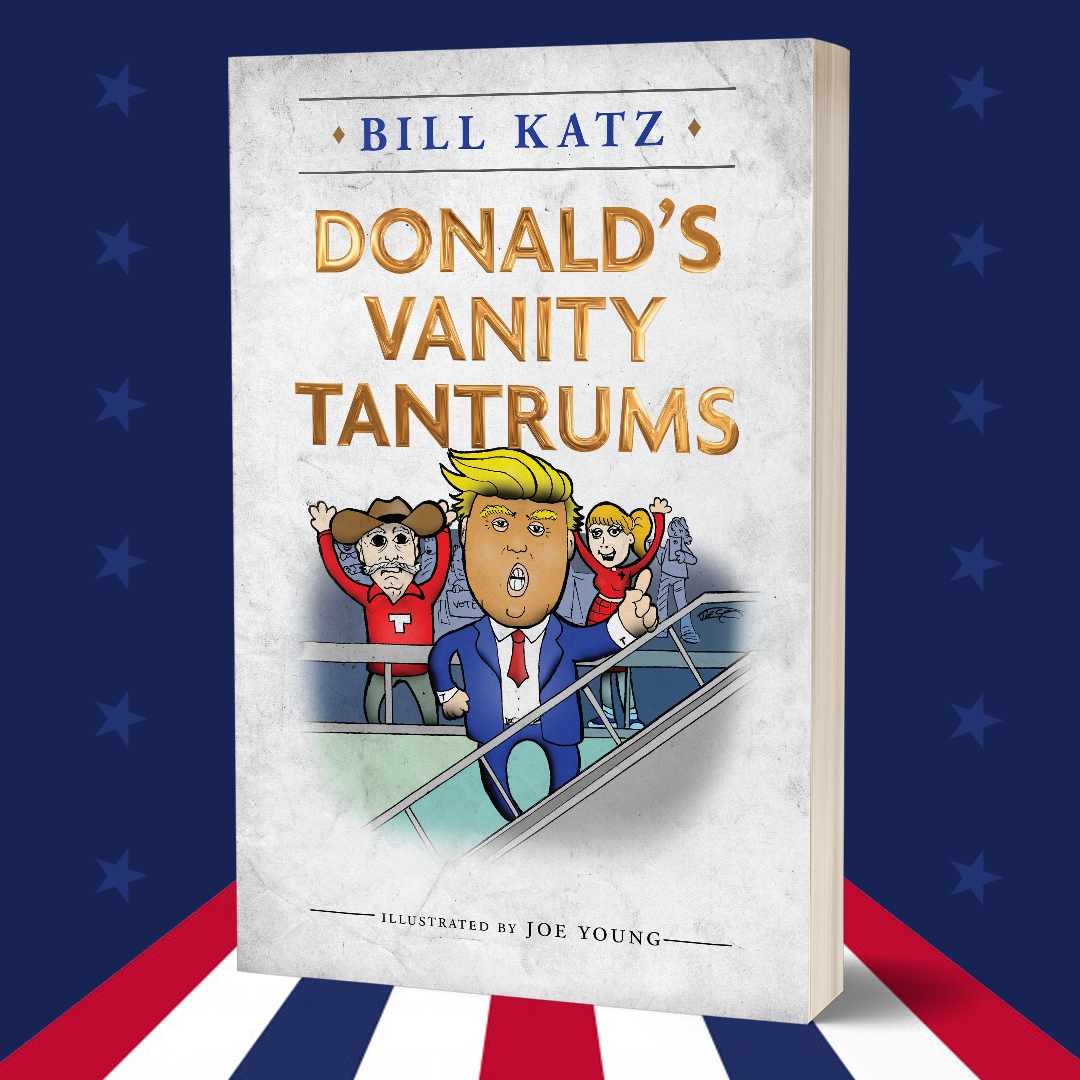 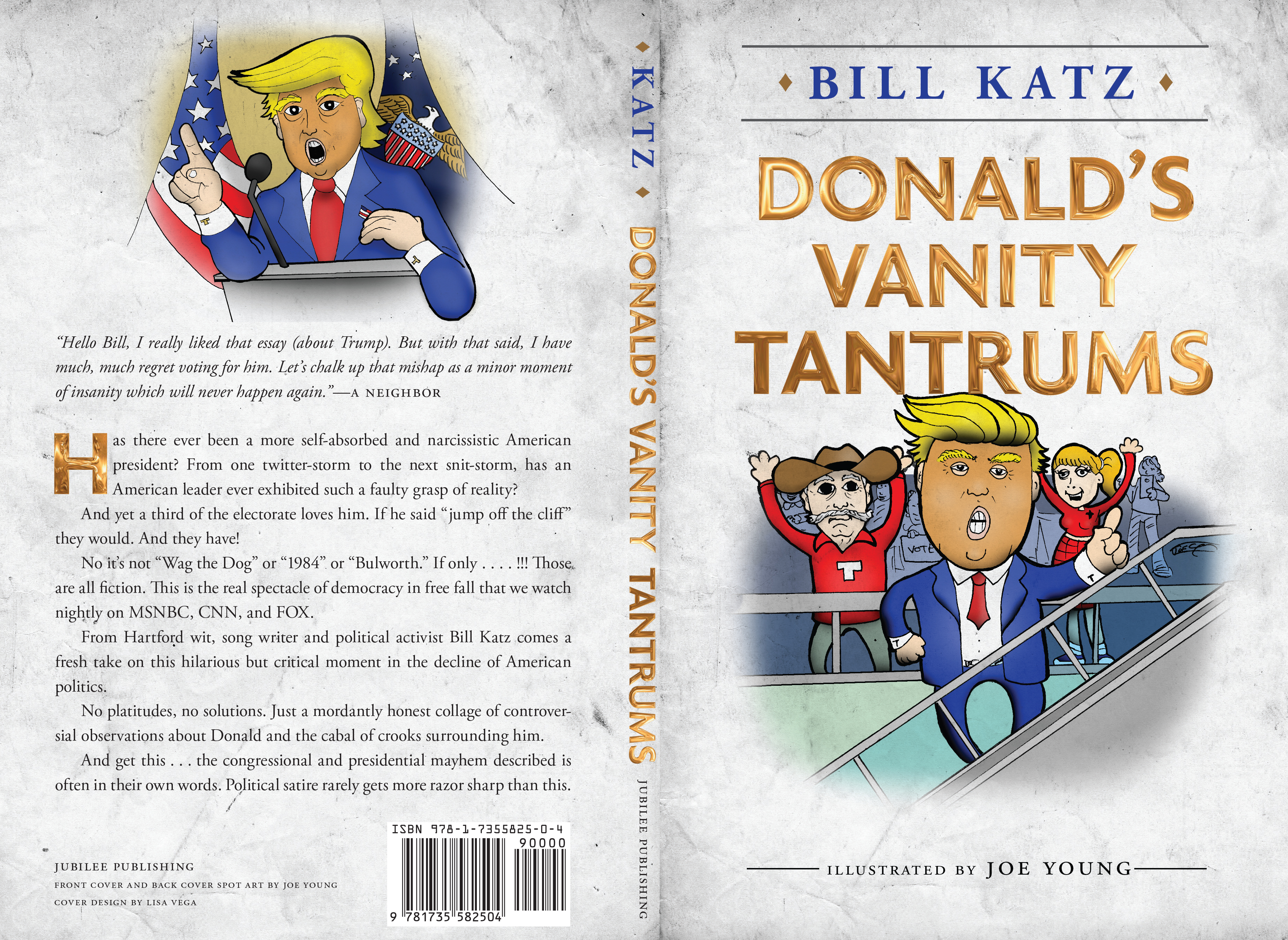 
"Donald's Vanity Publications" - Contact the author, Bill Katz, by email at bkatz321@gmail.com
"You will never find a more wretched hive of scum and villainy.” -Obi-wan Kenobi

Has there ever been a more self-absorbed and narcissistic American president? From one twitter-storm to the next snit-storm, has an American leader ever exhibited such a faulty grasp of reality? And yet a third of the electorate loves him. If he said “jump off the cliff” they would. And they have! No it’s not “Wag the Dog” or “1984” or “Bulworth”. If only ...!!! Those are all fiction. This is the real spectacle of democracy in free fall that we watch nightly on MSNBC, CNN, and FOX.

From Hartford wit, song writer and activist Bill Katz comes a fresh take on this hilarious but critical moment in the decline of American politics. No platitudes, no solutions. Just a mordantly honest collage of controversial observations about Donald and the cabal of crooks surrounding him. And get this .... the congressional and presidential mayhem described is often in their own words. Political satire rarely gets more razor sharp than this.

“I used my Trump stimulus check to help fund this project.”

Book Bio: Bill Katz began writing satires for his high school newspaper. Nixon provided Bill with material not unlike Trump has today. After attending local colleges, Katz purchased a one way ticket to Europe and backpacked around the continent for a few years, finally making Florence, Italy his temporary home. He returned with a new found interest in art and eventually became a dealer of African American art. Cat rescue is a constant interest. He is a singer/songwriter and he writes what has been described as “Songs of Conscience.” If you search in YouTube, “Bill Katz, Hartford, Connecticut,” you can listen to a few including “Blue Daze” and “Corona Pneumonia and the Boogie Woogie Flu.”

Purchase:
My book is available on all online platforms. However, please contact me and I would be most content to
sign one for you and deliver it -- personally if you live in Greater Hartford or by mail. I will pay shipping.

VIDEO: In the fall of 2016, I took a creative writing class with Professor Gina Barreca at Storrs. Our assignments were to write a different essay each week and one week, she asked us to use a nursery rhyme story as a bases of an essay. Class day arrived and I pulled out a nursery rhyme with my reflections of Donald Trump. Gina yelled “No, I didn’t want a rhyme.” But that’s what she got. Lyrics are my stock in trade. And since I was auditing the course under the free senior program, I wasn’t worried about getting an F for the week. Later, I turned it into a song.
CLICK HERE to hear Bill's song 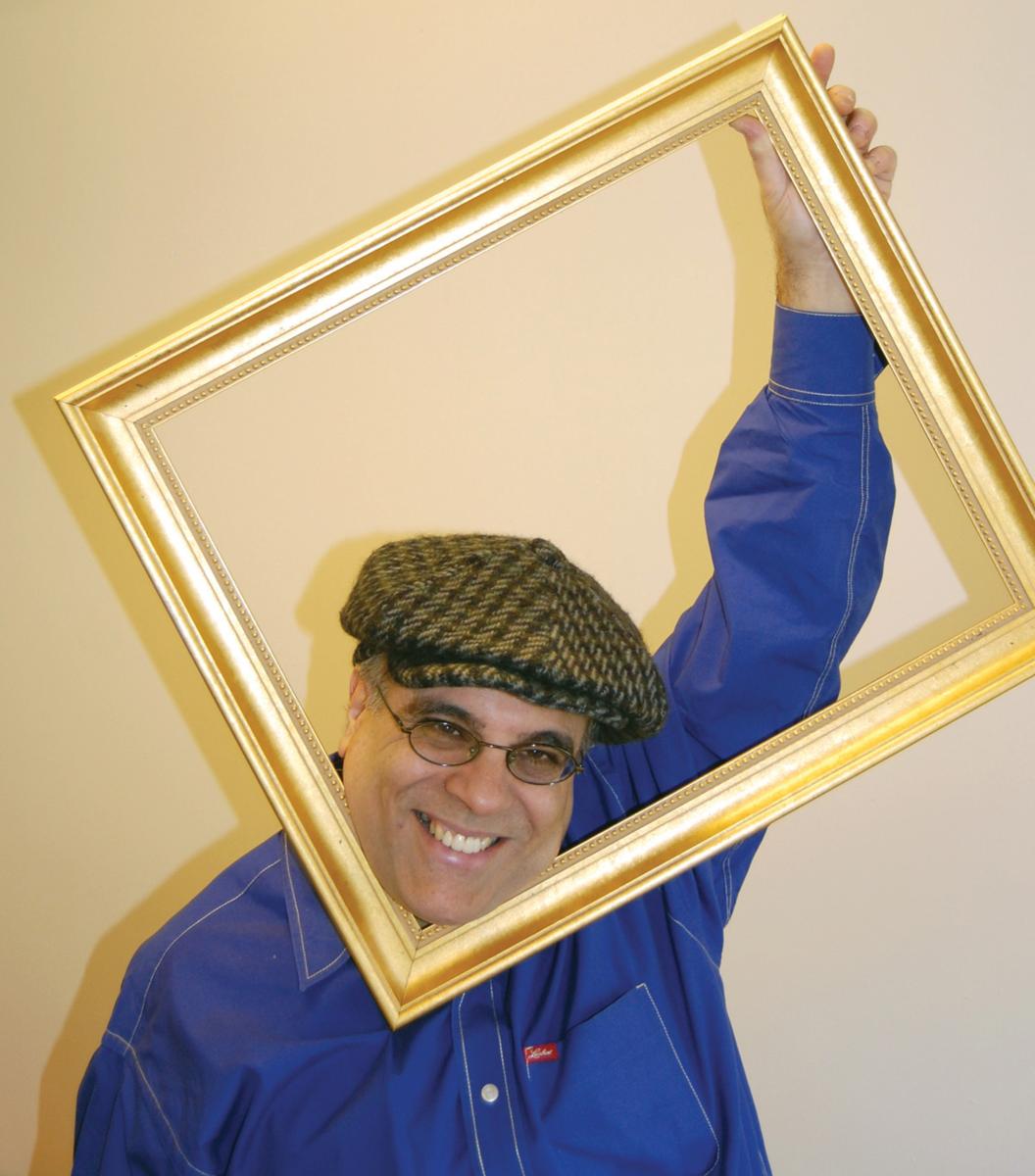 Bill owns his own picture framing business and works work from a home studio.
The overhead savings are passed on to you, the artist or collector.
For  more information, Contact Bill at bkatz321@gmail.com