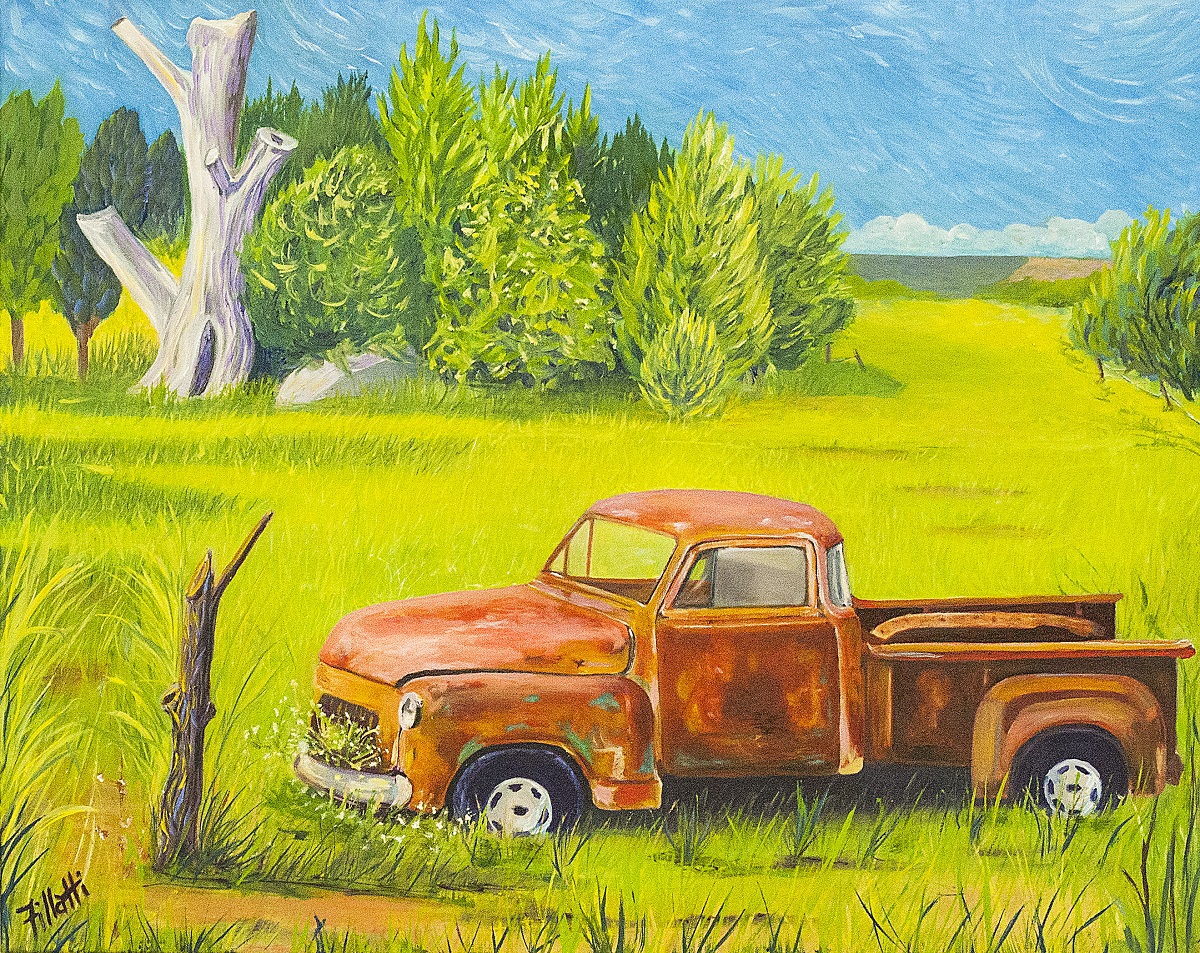 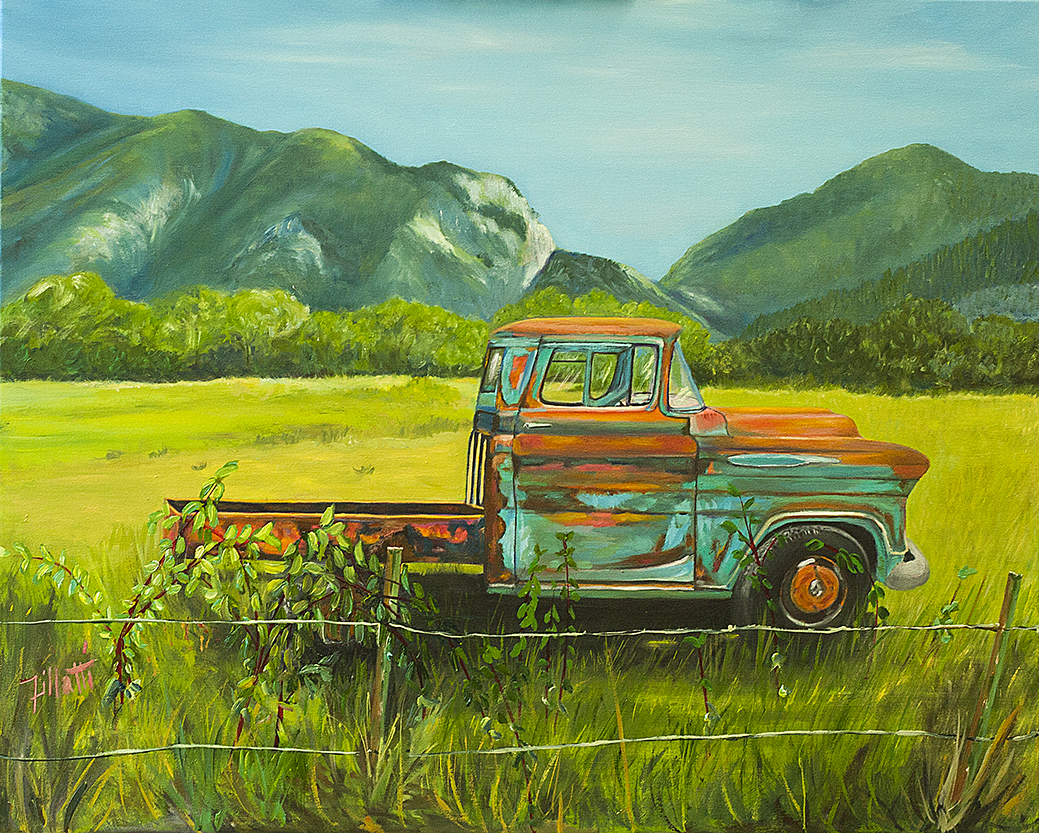 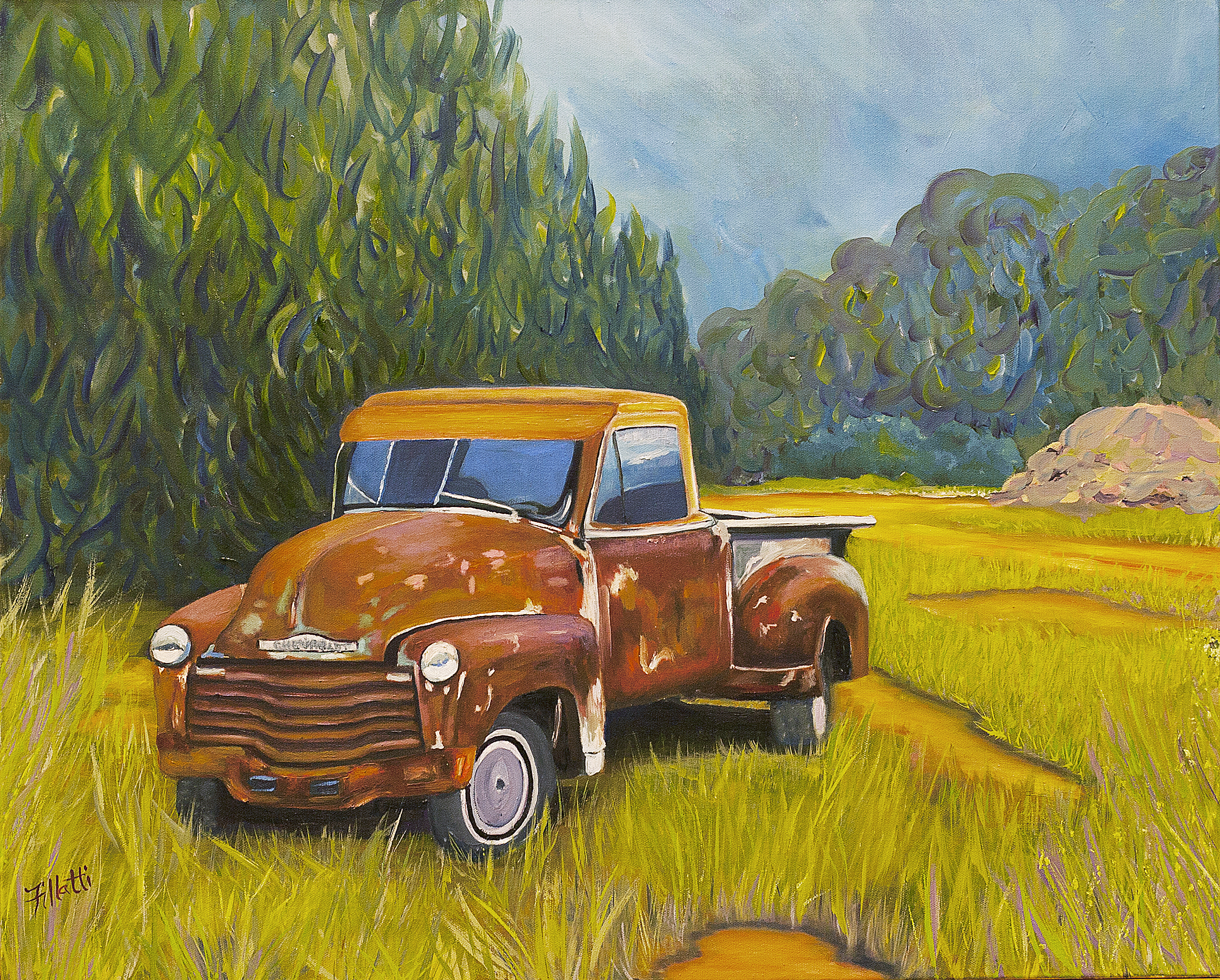 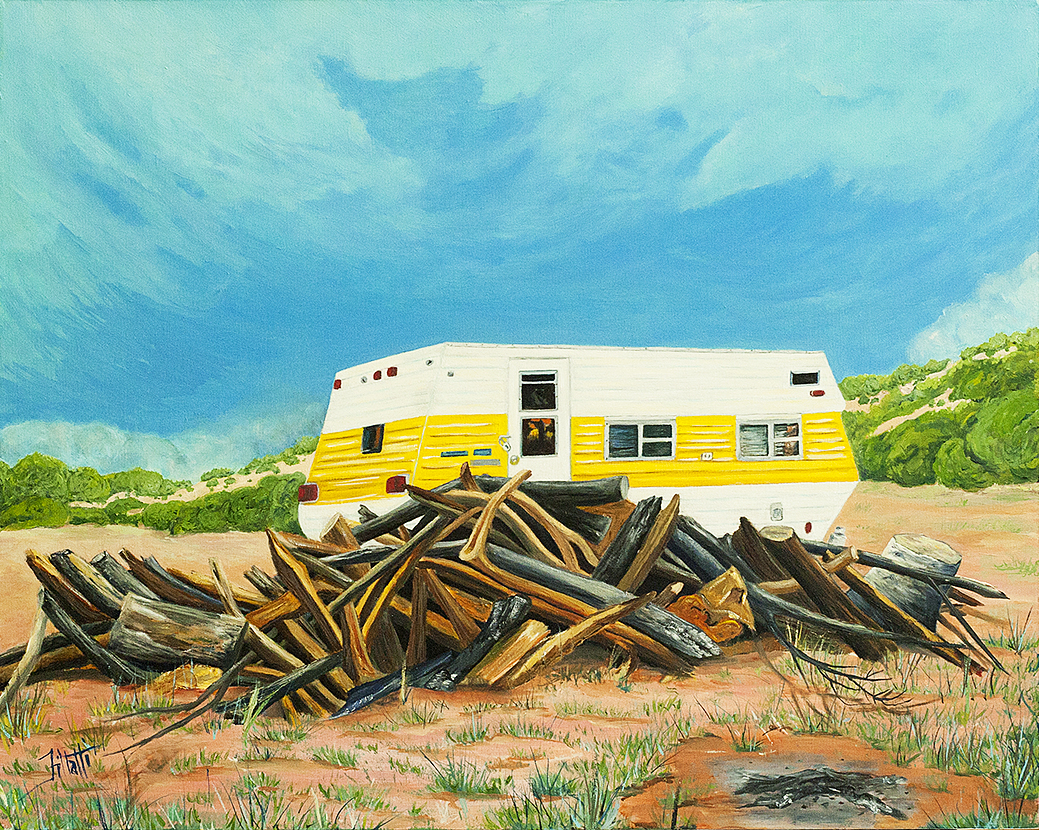 
Francie Fillatti, a native of the Hartford area and a self taught painter, Francie’s work is inspired by her many years in New Mexico. It was not an accident that she was drawn to New Mexico. She always felt a profound connection to the Native American culture. The landscapes of the surrounding Santa Fe area speak to her deeply. Her paintings are infused with the spirit and culture of New Mexico. She is intrigued by the story, the place and the circumstance of her subject matter. Her paintings ask the viewer to imagine what the subjects and places in her paintings past and story may have been. Expressing the staying power of that which won’t stay hidden. Worn hard by life, her subjects once vibrant and new, now display only the simple beauty of what remains. Francie’s painting's are informed by her many years as a photographer. While she became an artist in her youth, she did not begin to paint with oils until she arrived in New Mexico. Painting En Plein Air at that time, she relished in the opportunity to create without rules or instruction. The results are authentic and full of raw emotion

Joe (El Tio) Manzanarez was Georgia O'keefe's Driver and assistant for 12 years.
He had so many great stories to tell about his time spent with her. He gave me one of his cassette tapes he made, where he talks about his experiences with Georgia during that time. I still have it! He asked me to get it reproduced on a digital form CD for him, but the permission note he gave me was lost in one of my moves. If it ever re-surfaces I will get it done. Tio's dogs names who are in the blue truck in the painting were named Flaco and Chapita.He also had Nina and Missisippi when I was around there. Tio was also called the rock man in Abiquiu because he built stone walls around homes in and around northern New Mexico.

For information, sales, pickup/delivery/shipping, Contact the artist at Francief@zenarts.com or 860.324.4241
See more artwork on websites dedicated to art and photography
www.fillattiart.com and www.fillattifoto.com